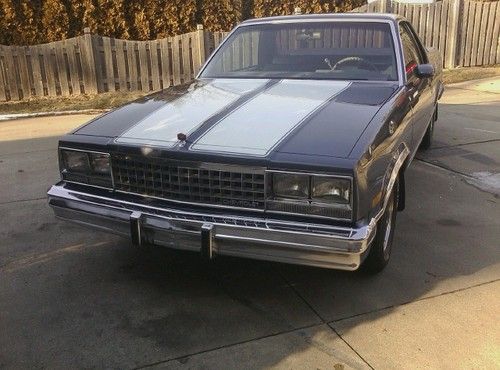 Very nice Northern California El Camino.  All original except for Thrush Mufflers on dual exhaust.  Clean body with no rust anywhere.  Rebuilt motor and transmission.  Rally stripe.  Interior is exceptional with new upholstery and carpet (including monogrammed floor mats).  Nice old school wheels with new tires.  Drives out nice on the freeway with tight steering and suspension.  Stereo was added below the dash, and original unit is in place, but not connected.  Beautiful driver.  Any questions call Ed at 313 995-2669