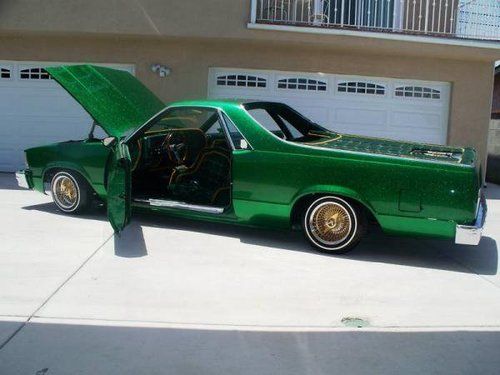 1979 Custom El Camino Lowrider, rebuilt motor runs strong. Hydraulic system works great on 4- 12 volt batteries that are just in need of deep charging, or replaced (your call) Huge custom bench backseat and open window, entire interior and bed cover is custom button tuck material that is covered in accent mirrors. Newer tires on Roadster true knock off wire rims. Drive and Show ready, very nice paint with gold flake and tons of chrome really make this thing shine and turn heads. Nice truck, runs great, just have had my fun and time to move on. Sad to see it go but it can't go with me!!! Serious buyers can request more pictures, spammers will not be answered!!!