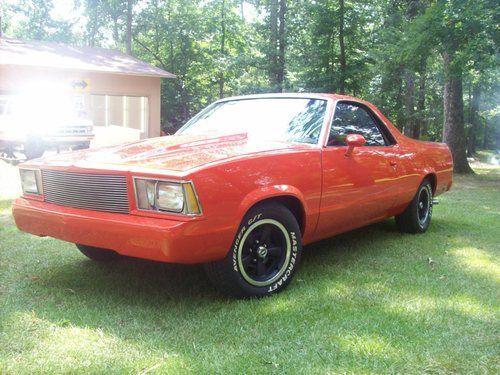 Condition: UsedA vehicle is considered used if it has been registered and issued a title. Used vehicles have had at least one previous owner. The condition of the exterior, interior and engine can vary depending on the vehicle's history. See the seller's listing for full details and description of any imperfections.Seller Notes:"this car has been completely redone from all new interor,dash,seats,carpet,heat/ac controls.has gauges/w/tach.i put custom oak trim on door panels&dash inserts. car body was disasibled&refinished in dupont bass/coat clear/coat 2011 hemi orange pearl. cowl induction hood,front&rear roll pans,reworked header panel/w/bilit grille. hiden taillamps.rebuilt 1972,350ci/w/small comp/cam,headers,accel&mallory igniton,edelbrock intake/holly 650 spreadbore.rebuilt 350 turbo/w/b&m shift kit.new shocks,brakes,radiator,tires,etc,etc,way too many new and rebuilt things to list here! The only thing I can think of that needs to be done, is I would replace the lower door panels as they have places on them. they look ok for now but i would replace. i was going to but they were on backorder Any way this is a very very nice car.This car has been built by a man & shop that has been building street rods & customs for over 40 years.ask any ? you want & Ill answer asap thank you for looking!"