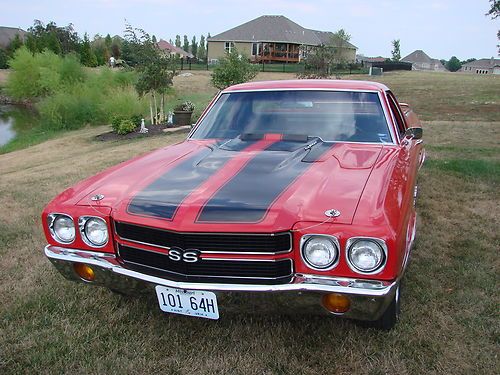 1970 CHEVROLET SS396  with tilt wheel , factory air converted over to 134a. This is an original un molested numbers matching car. It has a turbo 400 transmission and a 12 bolt rearend. Factory GT 500 wheels. This car is all original except for recovering of bench seat and different color paint, it was white from the factory. The cowl induction  hood works as it should. The engine is a Z25 396-402 rated by  Chevrolet at 350 HP. It runs great and engine numbers (T0420CTW   10L189074) match the car. This car does have a couple of spots on the body that would need a little work to make perfect, look at the pics. Overall this is a great looking and running musclecar that does turn heads. I would not hesitate to drive this car anywhere.