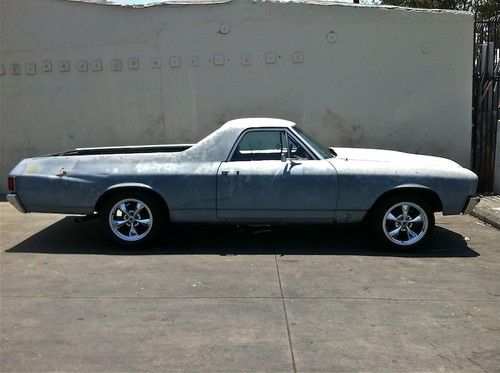 Missing the wheel wells so the front quarter panels on both sides of the car between the well and the door are rusting through from dirt and debris.
Headlights, brake lights, interior dash and gas gauge work fine. The rest like turn signals and speedometer don't work.

This car runs great.  I just took on another project so I'm ready to let this go. The title is clear and the registration was just renewed and is good till July 2014. I have all the receipts for all the parts and labor for the car.