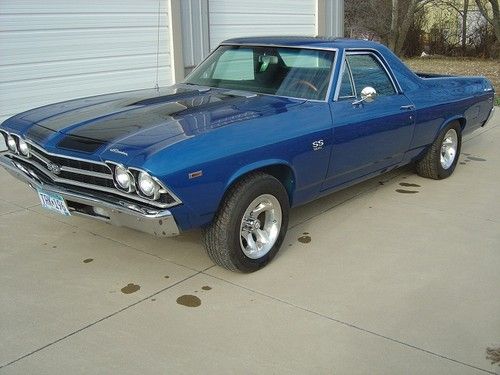 1969 Chevrolet El Camino SS 396 Recreation. This car started as a very clean Colorado car. It did not have any rust.It has a 396 AT, AC,PS, PB, Tilt, full SS package with Tach, Buckets and console.The rearend is a 12 bolt posi with 3.31 gears.The paint is very nice and the car is as clean under as it is on top.The car runs and drives very well with no issues we can find.We have had this car for 7 years and have never had a problem with it. Any questions call Mark at 320-248-5805.