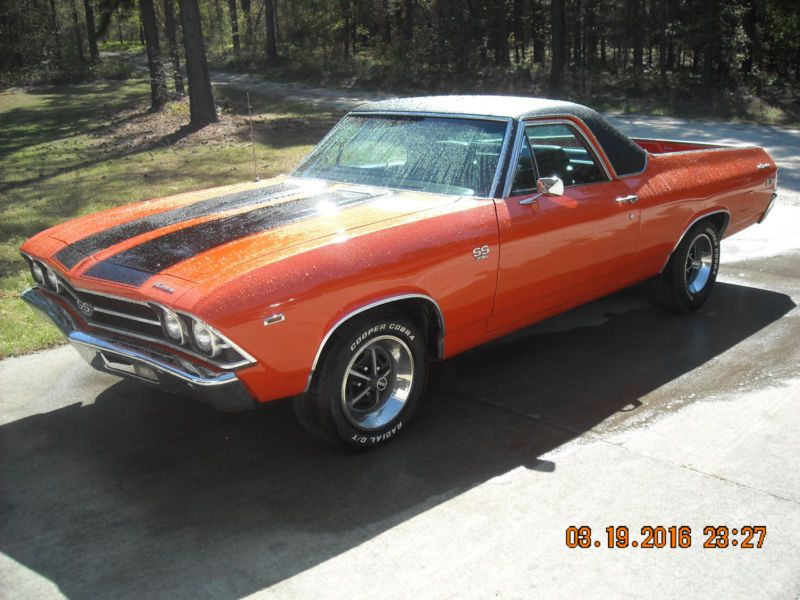 1969 SS 396 El Camino. Factory Code 72 Hugger Orange with C08 Vinyl top. Factory Air ( Cold ) Tilt Wheel, Console
with Turbo 400 Automatic, Bucket Seats, new headrests, newTires, battery, . No cuts/tears in seats, or headliner or
dash, Kenwood Stereo , power steering, power brakes, stock rally wheels. 12 bolt rear end with 3.73 gears. Engine
rebuilt and a light cam installed. If you know your GM this is a rare color that was special order from dealers.
Hugger Orange and Daytona Yellow only were special order paints. Not many built and 47 yrs later not many left.
This truck drives straight down the road and stops fine. It does draw attention since most folks have never seen an
Orange El Camino.