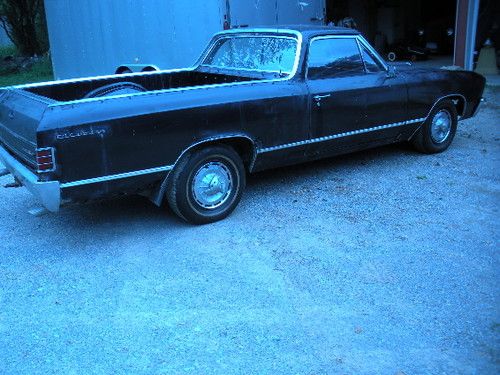 Available for sale is a 1967 Chevy El Camino SS Custom car. This car has been stored for over ten years and is in running condition. I believe that the engine is a small block 400, but originally came through with a 396. Bought originally from Camaro Specialties and I bought it from that gentleman. Needs body work and interior work. Nice restoration vehicle. In 1967 there were more options, so this vehicle came through with power steering and disc brakes. Selling as is. Please look closely at all pictures as this is what you are buying. Starts, runs, steers and stops. Selling as is.