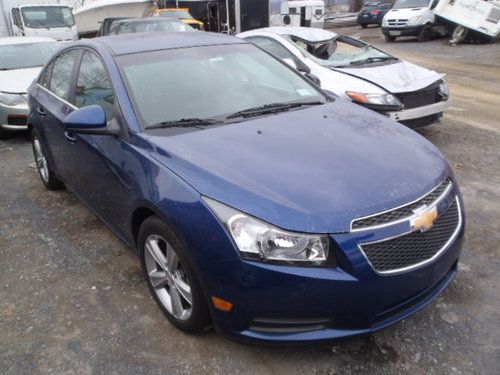 Condition: UsedA vehicle is considered used if it has been registered and issued a title. Used vehicles have had at least one previous owner. The condition of the exterior, interior and engine can vary depending on the vehicle's history. See the seller's listing for full details and description of any imperfections.Seller Notes:"Cruze has a salvage title and does not currently run do to flood. It is being sold as is with no warranty."

car does not run and will need repairs made by purchaser. it has a Indiana Salvage title due to flood. it is being sold as is with no warranty.