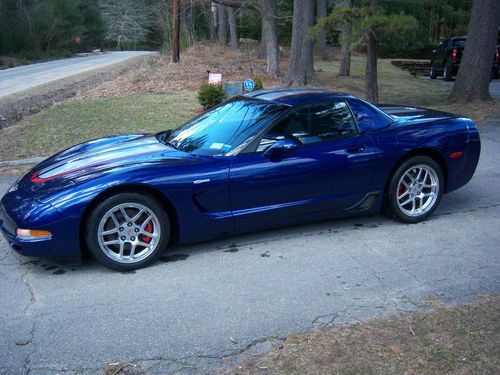 This  is a one of a kind car, It is the only C5, Carbon Fiber Hood ZO6 To be signed by the factory workers at the Bowling Green Kentucky Plant. It  has retired plant maniger Will Cooksey's Signiture. If your looking for a special Corvette to own, this may be the one. Put it away for an investment or drive it for fun.