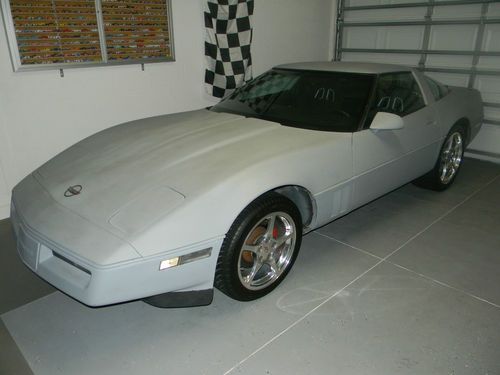 I have had this Corvette since 2010 I have worked on it and changed a lot of things like:
C5 Wheels
The gas tank
All of the hosts
Kenwood CD player
Racing Seats and 4point seat-belts
Momo Wheel
New AC (but needs gas)
Dash had been covered with carbon-fiber
If interested I have the original seats (in bad shape)
And many more...(too much to list)
This car is garage keep since I have had it
EVERYTHING WORKS FINE!!!
Three weeks ago the water pump broke and I have a new one in a box. The car at the moment is not running.
The car is in its primer stage and it has a Florida CLEAR title in my name.
I fixed the digital dash and I do not know the current milage on the car. I believe is around 180,000 (but I'm not sure).
It's a great car for finish restoration!
NO RESERVE AUCTION!
*If you have any questions please feel free to contact me at anytime.