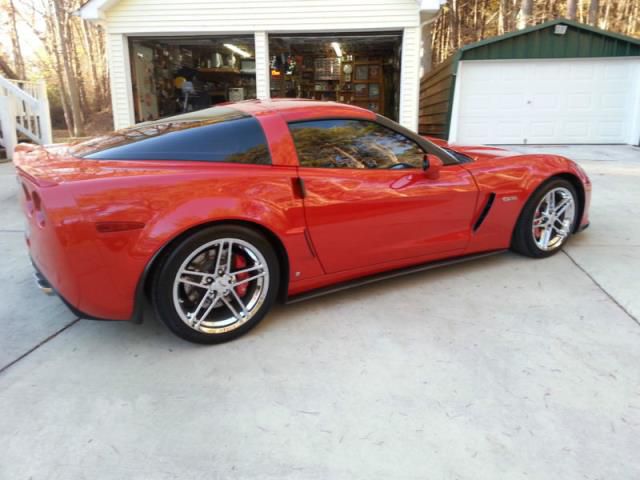 07 Z06 Corvette with ZR1 Hood,front shin,side skirts and carbon rear spoiler. It has a Vararam Snake Charmer Cold air intake,and Borla exhaust. It has Llyod mats and cargo mats. Loaded with Navigation and DVD ans Sirius XM. Its kept in garage and its just my toy.Z06 door seal plates and arm rest cover. I changed the headlights to black for a better look(they are out of a Z06 also) Its fast and sounds mean! Nothing wrong with it, just getting ready for a C7. Any questions about car, you can email me ! Clean title and no lein.