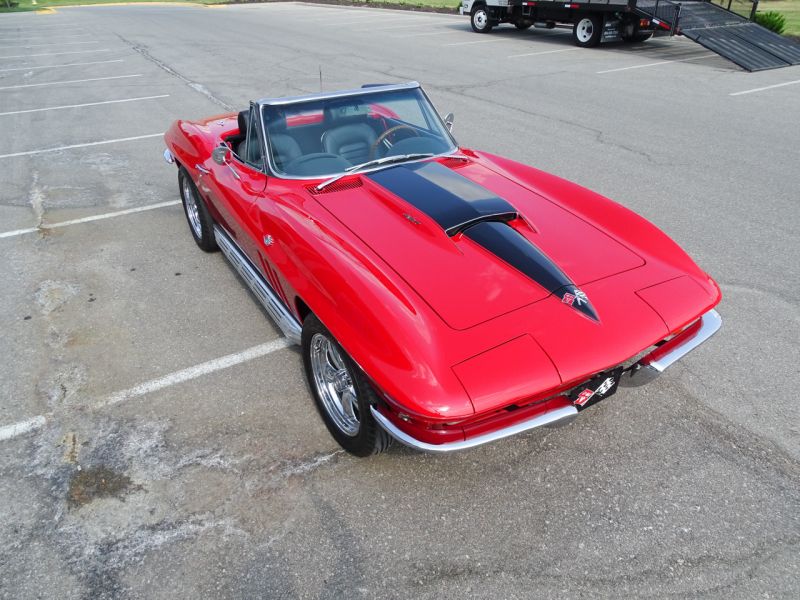 EMAIL : gostaisidra1989@gmx.net Some cars just got it. You feel it when you see them. They elicit feelings you can't exactly control or explain. That's exactly what happens with this Fiery Red Convertible 1965 Corvette. Now let's get this out of the way, this is no numbers matching car. What this is a beast of a car that drives like people back in the day imagined a Corvette did but had no idea what future technology would bring. Powered by a monstrous ZZ427 crate motor with the original tri-power system, that is mated to a TKO 600 5-speed transmission, this thing needs not back down from any challenge. Beefed up with hardened half shafts to withstand the surge of power sent from the powerful motor. Powered brakes and steering keep this thing on the road. Drop the manual convertible top to hear the side pipes scream, which are the original pipes by the way. This thing went through quite a restoration, and it shows as this thing shines and gleams.