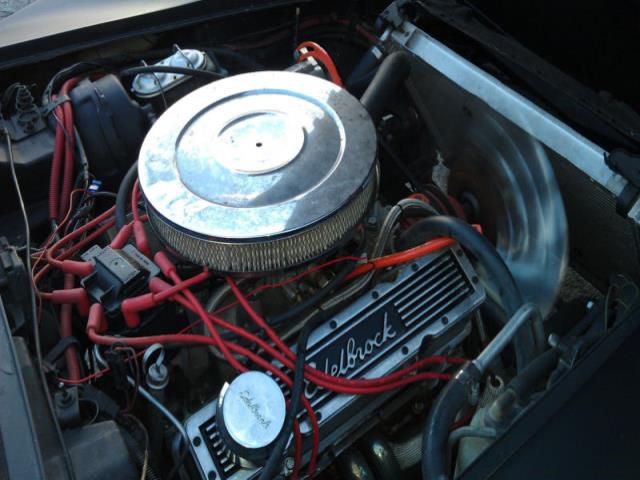 Relisting for the 3rd time I pray it reaches my reserve. Purchased this 1977 corvette on eBay 7 years ago it was white and all original stock. Got a bug then got to work, replaced stock engine with a rebuild 351hp engine,wow power house. While the engine was out painted, replaced all front parts bushings, ball joints, shocks, 4 cor radiator, electric fan, front rear bumpers, exhaust engine back, and much more. That was not enough then I striped paint down to fiberglass. Removed old bondo that was on car and made strait with polyester filler. 2 coats of sealer 2 coats of primer and 3 coats of Matt black. Engine is awesome fun to drive paint is good, had problem with hood something was on it the paint bubbled in a few spots striped it all back down and the paint bubbled again I give up so now its up to someone else. Need money to pay for college why ells would I be selling my dream car. The heater does not work. It worked a few times when I was done now it doesn't? The cool thing about the car is the build date is 7/7/77 New exhaust engine back and it sounds mean. I have all old parts and original engine Interior is great too. I should say what it needs too. Weather strip kit for windows doors and t-tops. I put stainless headers but i think there leaking needs to be tighter or better gasket. I would have liked to put electric water pump for faster flow. Also its 110550 miles on car with about 40 miles on new engine Please if you are going to bid on this please be truthful this is important to me. Thank you