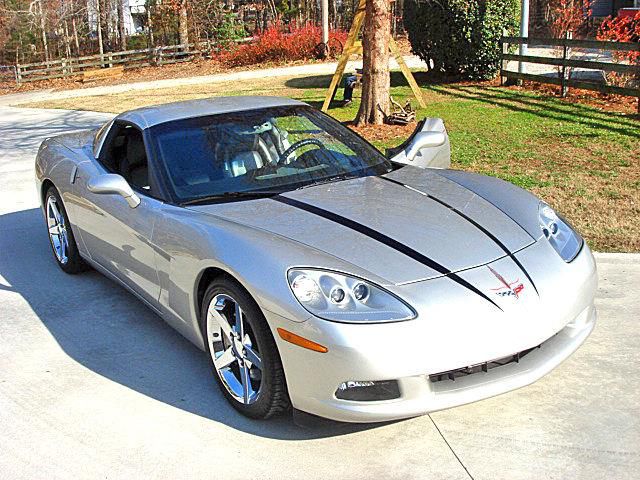 2006 Chevy Corvette with only 22468 miles. The Machine Silver Metallic paint is in excellent condition as is the Ebony leather interior. It has a 6 speed auto transmission with paddle shifters and the 3LT trim package that includes Navigation, heads-up display and chrome wheels. It has front and rear cameras to assist in parking and clear vinyl bras front and rear. The Michelin run flat tires have less than 10k miles and the Yellow Top Optima battery is only one year old. Professionally painted pin stripes add to the overall excellent appearance of the car. It has been garage kept and adult driven and has never been involved in an accident. The car runs and drives exceptionally well.