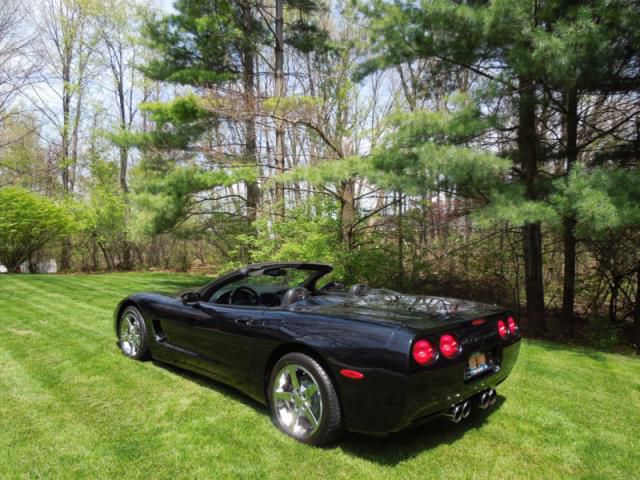 1998 C5 Corvette Convertible, with 58,000 miles on it..This C5 is my favorite Model of the Corvettes...The 1998 Corvette wheels that GM had on them, in my opinion just didn't complement the car...I believe GM changed them to this style in 2001.Last year I bought a new battery for it..Fixed the air conditioning..It blows cold now..New Corvette floor mats..This convertible has the Borla Exhaust...It sounds greatThe transmission is an automatic and shifts like it should...no issuesComes with a car cover..New brakes and high preformance rotors..The convertible top is in good shape..no leaksThe car has always been stored in a heated garage, from me and the guy I bought it from..Never driven in the rain or snow.The car is 18 years old and being black has a few small scratches on it..all original paint..the car is a driver, but has always been well maintained..
Contact me for more info : gavinthorne9lk@mynet.com