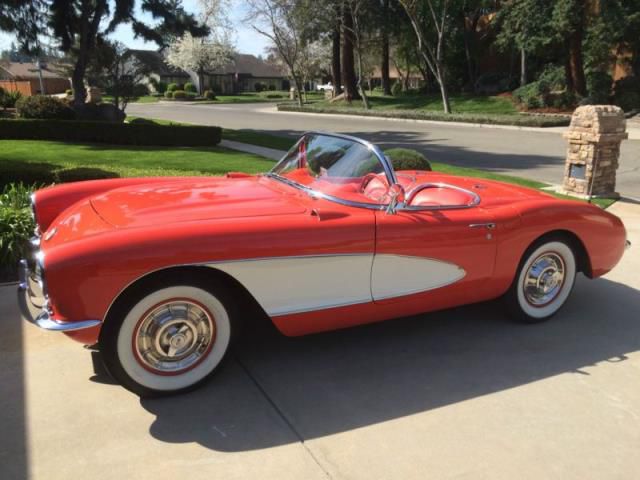 The 1956 Corvette was the first Corvette that featured a standard V8 engine, and as a result most classic car experts consider it the First American Sports Car. This car is painted in its original color, Venetian Red, which was that year's most popular color. It is smoke-free and was purchased 10 years ago from its previous owner whom lived in Visalia, CA. To my knowledge it has never been in a major accident, and it is rust free. Where possible all replacement parts were used or new original parts. Care was taken to insure that these parts were correctly dated and/or stamped. This car runs and drives like new! You will love it.