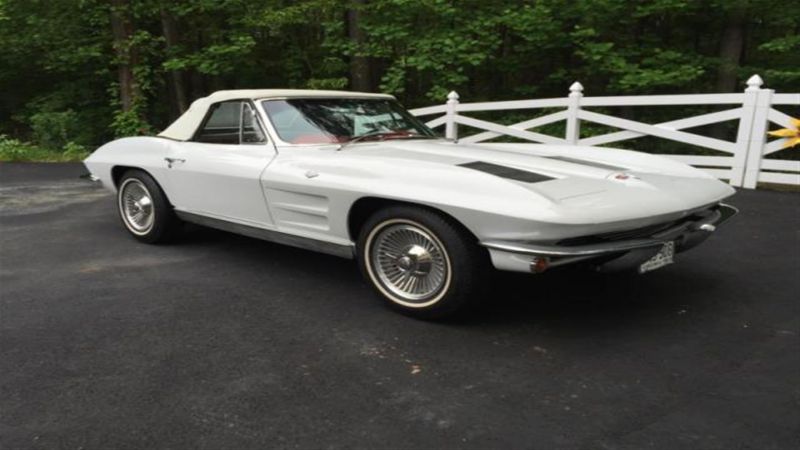 Please call or email if you have any questions : purvis1xverity@laposte.net

This magnificent legend of a car is finished in its original Ermine White with red interior. Options include 300 hp 327 cu. in. engine, 4 speed manual transmission, Positraction, AM/FM radio, tinted windshield. The glove box lid has been signed by Peter Brock who penned the original Sting Ray concept. This beautiful Sting Ray was featured on Velocity Channel’s “Corvette Nation” TV Show. A DVD will be provided to the lucky new owner! Every major part of this immaculate Corvette has been refurbished or replaced including a rebuilt 300 hp 327 cu. in. engine (not original but period correct - manufactured 1965), rebuilt transmission, all new interior, rebuilt instruments, new alloy wheels and tires, and new wiring harness. Even the clock works! Attention to detail is evident throughout, perfect panel gaps, brilliant chrome, powder coated frame and suspension pieces, and new fasteners.