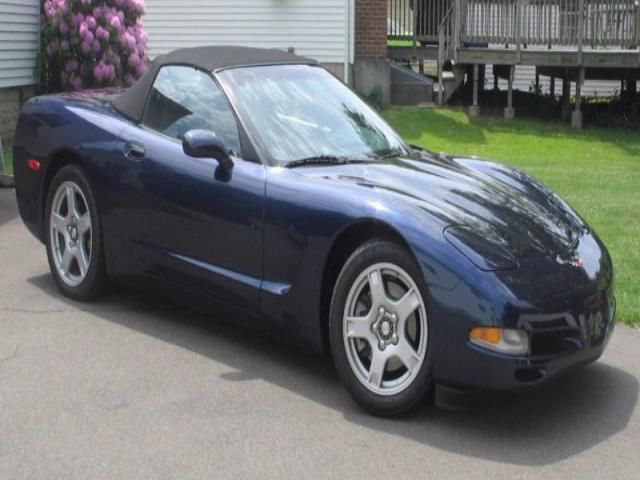 This Near Mint , Navy Blue Metallic (16,088 original mile) Corvette Convertible has had the same owner (3rd) , since 4/12/2004 , when it was purchased with 9319 miles. It is 100% original , EXCEPT for a new battery (NAPA Gold), and a K+N air filter. Has always been garaged, never driven in winter andcovered. (cover included) It runs perfect, and has never been in an accident ! The original Goodyear tires show no dry rot and hold air, but of course are 17 years old !! The only functional issue is with the TPMS system (Tire Pressure Maint. Sys), as the batteries in the wheel units are either weak, or dead. ## Please Note : California plate @ rear does not belong to car (for show), as it has been registered and titled in Connecticut for last 14 years. Please e-mail any questions to
No call please. e-Mail : mummataaccryptanalyst@vfemail.net