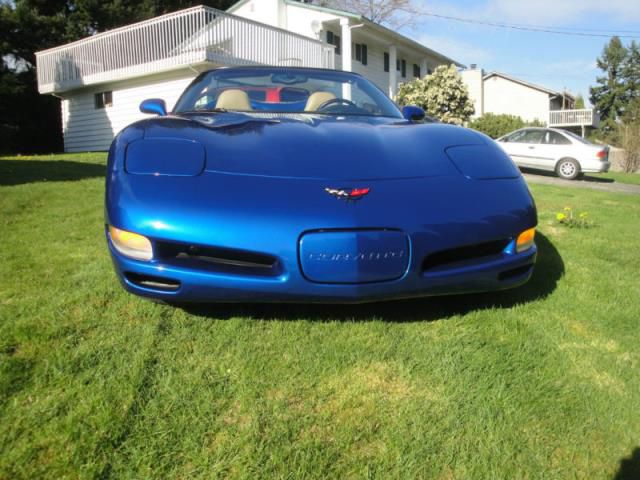 This Car Has Never Been Smoked In. It Has Been Kept In A Heated Garage And Covered Since New And Meticulously Maintained With All Maintenance Records And Receipts Using Only Factory Gm Parts And Filters. It Is One Of About 400 Electron Blue/light Oak Convertibles Built With Both The Optional 6 Speed Manual Tranmission And Z51 Suspension Package.