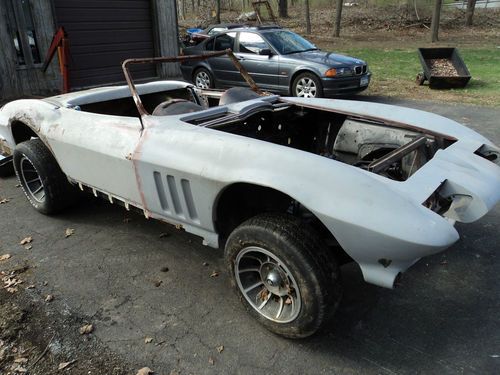 64 Conv project car . Body  needs some work but frame and bird cage are solid !! Has a 66 nose setting on it but is not glued on have no hood for the car rear quarters have been flared has many extra parts inc a used ws frame this one is bent . has soft top frame . has no eng or trans but I have a brand new ZZ4 350 and a good T10 I was going to use on this car will sell them for an additional 3000. dollars over auction end price I am selling because I have too many of these projects and will never get them all done . Call 845 567 0500  for more details  car will be sold with a bill of sale as title was lost long ago