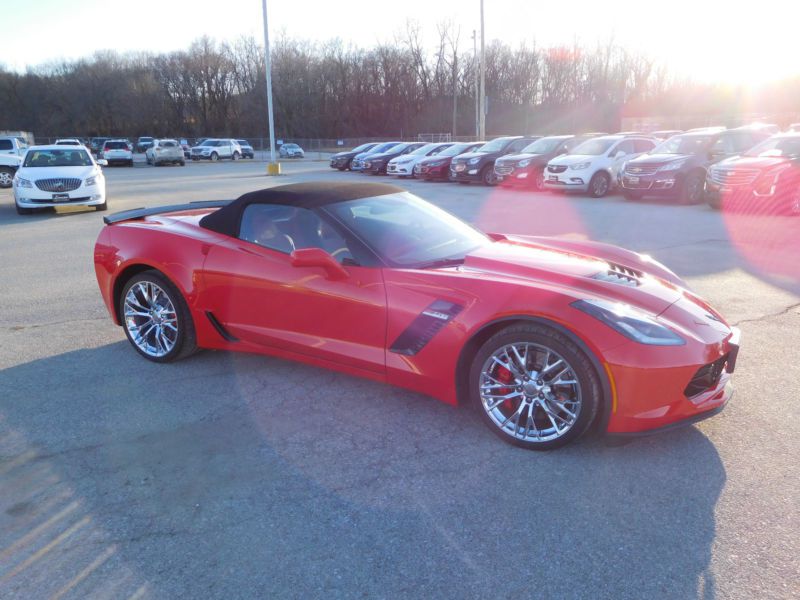 Please email me with any questions or requests for additional pics or something specific at: khadijahkkkuanoni@clubsubaru.com .

You are looking at a ONE OWNER Chevrolet Corvette Z06 Convertible with only 104 miles!!!! What to say about this
car? It is loaded and ready to roll! Save $$$$$ over a brand new one! 2LZ,Convertible, leather,
heated/ventilated seats, cruise, tilt, navigation, power top, Z06 Chrome wheels, remote start, premium sound, curb
view assist, memory package, and remote start. If you have been looking, don't let this one get away!