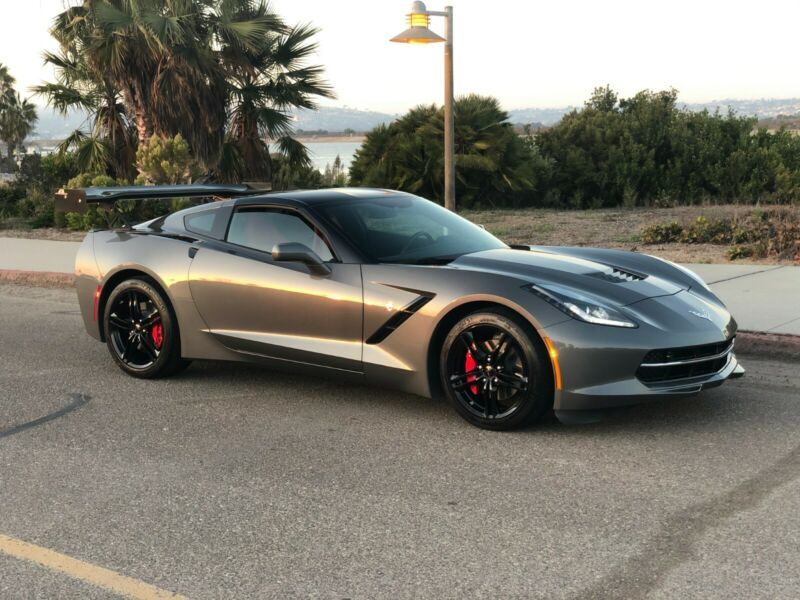 This is a 2016 Corvette Stingray with 2LT package. Shark Gray Metallic Exterior with Adrenaline Red Interior.
Completely stock with the exception of the APR Carbon Fiber Spoiler -