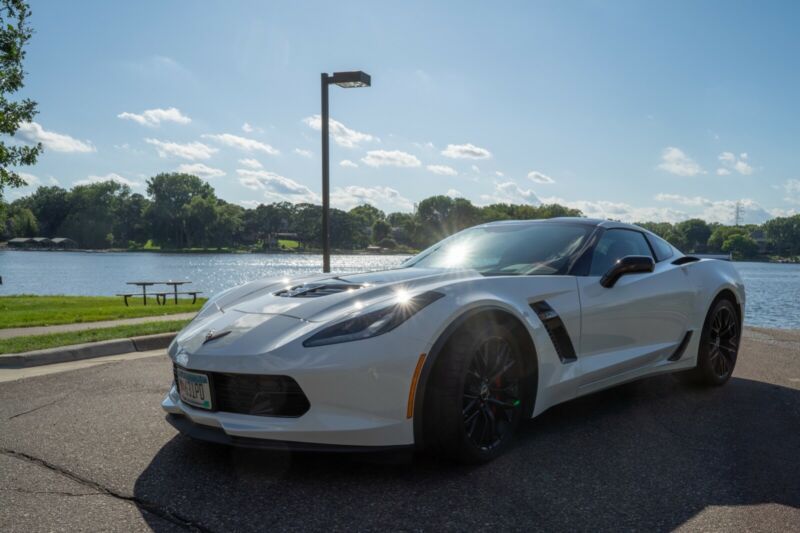 Extremely clean Arctic White exterior, Adrenaline red interior Z06 2LZ corvette. Stored every winter. Never on a
track or raced. This car is an attention getter every where you go.