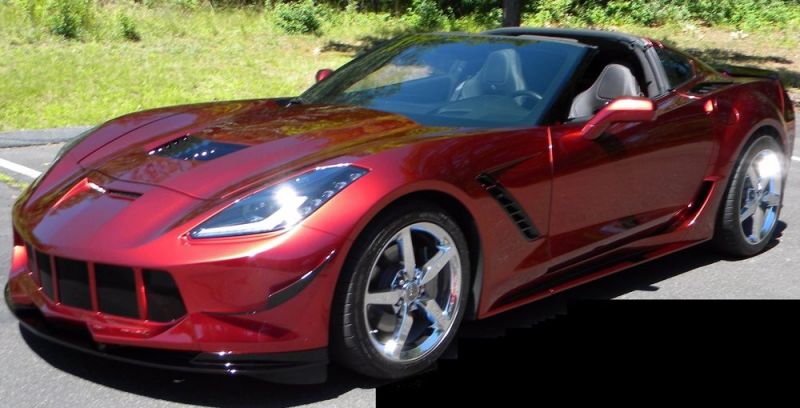 Send me an email at: dustidggasper@ukdancers.com .

2014 Chevrolet Corvette Stingray C7 COUPE, 7 Speed with Wide Body Kit by PRIOR Design & Custom-Build
The paint is a custom color and mix. The paint goes from a candy red to a black cherry to a super bright copper orange. It is really eye-catching when the light changes on it.