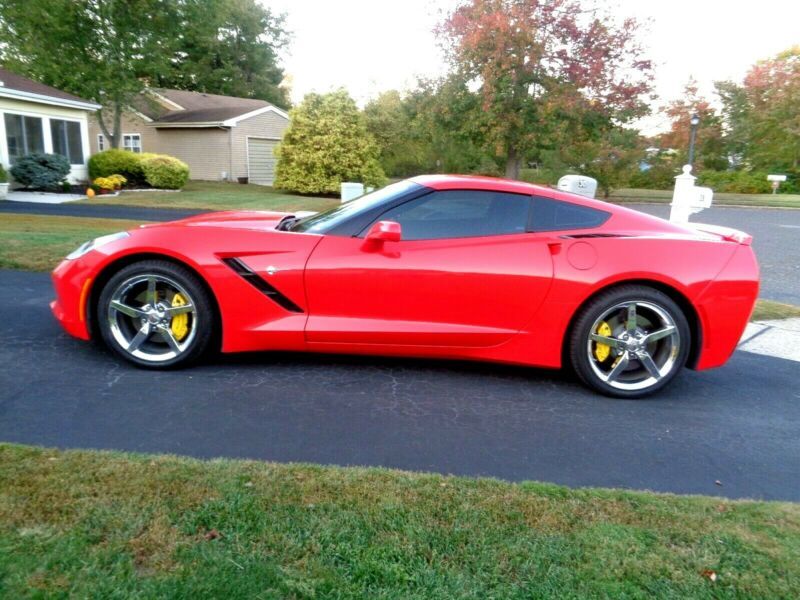 Corvette 3 LT with over 3 1/2 year bumper to bumper warranty.New Hankook Ventus V-12 tires that are Y rated to 186
mph provide excellent handling and grip unlike the O.E.M. tires which ride harsh and cost a fortune you can use the
Hankooks at any temperature ( I had them on my 2004 corvette so I know from experience) Air bag decals on sun
visors have Corvette logo to hide them. Chrome wheels... Side vents have 21 red LED lights inside of each fender
panel to create a warm red hue at night. (not gaudy)The 3LT has all the bells and whistles. Passenger visor mirror
cover is broken but is covered under the warranty...auto check score is above the range
Automatic transmission, red paddle shifters...clear protective bra, wheel locks, front license plate bracket and
all manuals...28405 miles and never tracked. Front passenger head light recently replaced, All brakes and rotors
replaced about 5,000 miles ago People thinks it is a new car. Garage kept and everything works perfectly. Car has
clean Carfax.