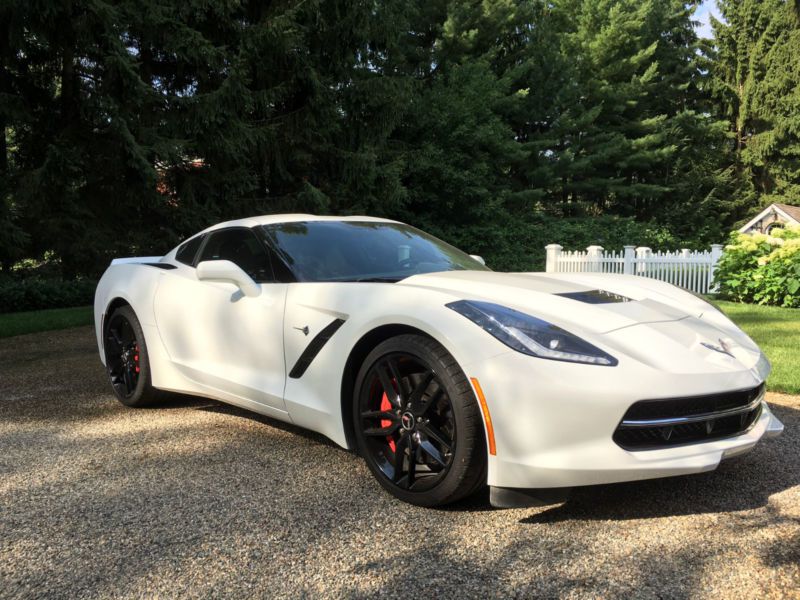 2014 Chevrolet Corvette Z51 with 6,808 miles. Our family is the original and only owner of this car. It is in
pristine condition inside and out. Please see the photos. This car was highway driven only. Stored in a heated
garage during the winter months. Has never seen snow/salt/etc from Michigan winters. Window sticker photo is
included so that you may analyze all options and details about the car. All 4 tires are in excellent
condition...rubber was not burned in this car! Car was originally purchased with the Easy Care Driver Care Wheel,
Tire, Rental Car, and Trip interruption warranty from the dealer. We purchased it mainly for the wheel and tire
coverage. Cost: $949.00. It can be transferred according to the terms for $50. There is a $0 deductible. I
will transfer this to the new owner as long as there are no hidden costs/issues with the transfer. The term is
60mos/75,000 miles. The vehicle also has the remaining factory warranty, that would obviously transfer with the
vehicle. All servicing has been completed by the local Chevrolet dealer.