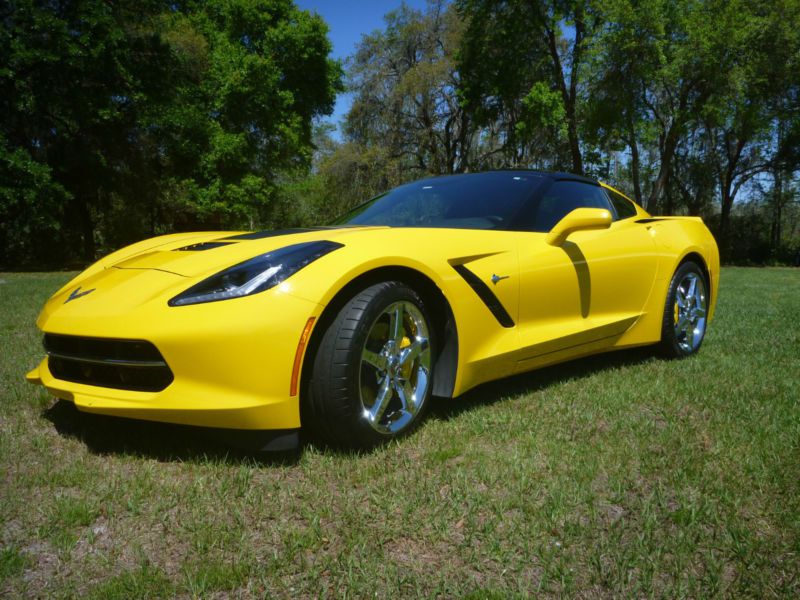 If you have any questions feel free to email: gearldine.trollinger@manlymail.net .

2014 Chevrolet Corvette Stingray. The car presents itself as new. Additions to the car are color keyed rear license area fill in , a custom cut clear floor protector set and a stobe hood stripe. Clear title in my name.