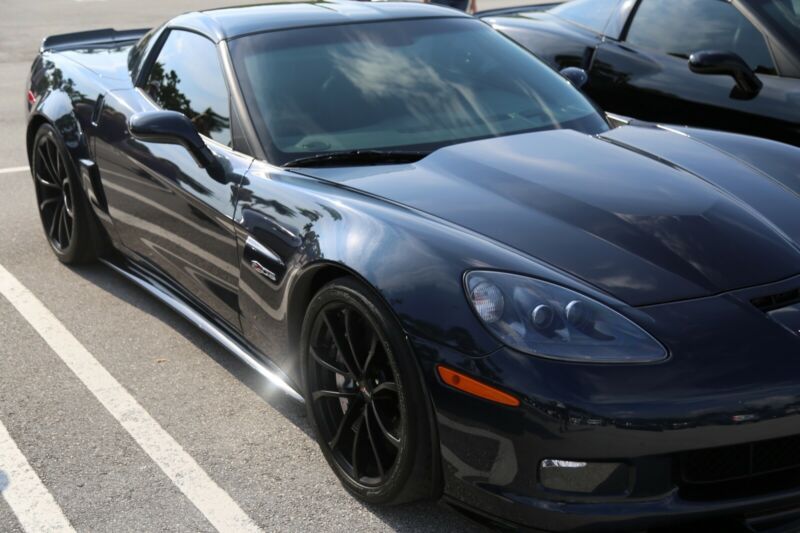 One owner 2013 Corvette Z06 garage kept LOW MILES. Katech preformed all the work on this car @ 4000mi the car
currently has 7040mi (This might change due to some driving) The car is immaculate! Ceramic Pro coating and paint
correction. I have all the original parts and exhaust. It has the Katech Stage 2 Package with a full Akrapovic
Titanium Exhaust. Black interior with red stitching. Has Silver calipers with Carbon Brakes. This is the Z07
package with CFZ Package, Carbon Roof, Carbon Hood, Carbon Side Skirts and Front Splitter. The Color is Night Race
Blue I believe this is 1 of 2 in this color with a Z06 for 2013. I keep this car immaculate and all oil changes are
done at a professional performance shop with Joe Gibbs Driven Lubricants. There is also a set of Custom HRE 590RS
that will come with the car so long the price is correct. They have new tires on them, Michelin Sport Cup 2's with less than 300 Miles. The CUP wheels came on the car they also have Sport Cup 2's on them. Vette lights painted side markers and tail lights.