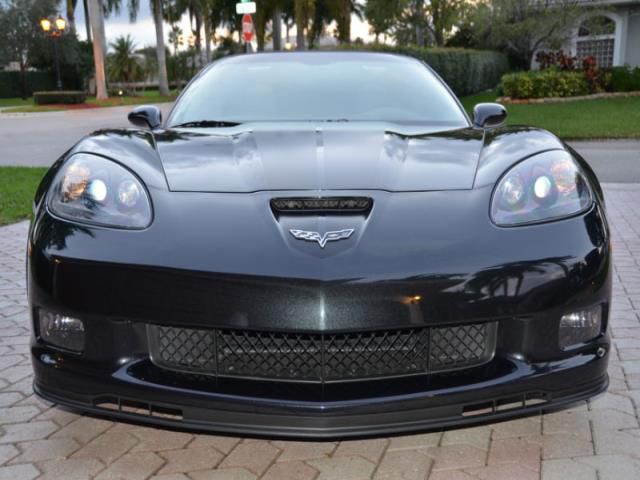 2012 Corvette Grandsport Centinneal Edition This car was ordered as a museum delivery. I took delivery from the Corvette Museum in Bowling Green, Kentucky. I then had the car professionally delivered in a enclosed trailer to its current home in sunny south Florida. There were only 181 museum deliveries in 2012 and with the options that this car has, there may not be another like it. New almost $ 72,000. The car has been taken care of since day one and always looks perfect. Tires were changed out for Michelin's. Front are brand new with maybe 500 miles and back have at least 70% tread left. I have lots of other pics and all documentation for the car. Engine compartment is immaculate and always cleaned with each car washing Call with questions as there is to much to list. 2012 Corvette GS Coupe 100th Anniversary Edition, Carbon Flash Metallic 6.2 Liter 436 HP Engine 6 Speed Manual. 3LT Preferred Equipment Group-Memory Package- Sport Seats,Power Bolster & Power Lumbar-Luggage Shade and Parcel Net-Heated Front Seats-Steering Column,Tilt and Telescopic-DVD Navigation System With AM/FM CD Player-Bose Premium Audio 9 Speakers-Universal Home Remote-Blue Tooth for Phone-Heads Up Display-Unique Exterior color-Carbon Flash Metallic-Special Ebony Interior with Red Stitching-Exterior 100th Badging and Flag Inserts-Centennial Logos for Steering Wheel and Seats-Satin Black Graphics Package-ZR1 Style Spoiler-Satan Black Interior Trim Plate-Magnetic Selective Ride Control-Red Painted Brake Calipers This a gorgeous 2012 C6 Corvette Grand Sport w/ 14,200 miles. - Carbon Flash . -Dry Sump oil system -Battery in trunk for better weight balance - Red Calipers - Targa top in Carbon Flash - Ebony with suede interior with red stitching. - 3LT Option Group - HUD - Heads Up Display - Navigation - iPod Connection - Bluetooth - Steering Wheel audio and phone controls - Updated Seat design for 2012 - Brand new OEM factory mats This Corvette is in truly excellent condition and is a real head turner. I get many compliments on the Carbon Flash color and red caliper with chrome wheel combination. It really is stunning. It has never seen salt or snow as I live in sunny Florida , and rarely has seen rain. It stays stored in my garage along with my other toys. I have owned many Corvettes and I am always "That guy" who parks at the end of the parking lot. It has never been tracked or raced in any way. Stock Factory car. No mechanical, performance updates. -The only "mod" was switching from Goodyear tires to Michelin tires Bid w/ confidence as this car is as beautiful as the pictures show. Feel free to come see it or send someone to see it. You won't be disappointed Please only bid if you are a serious buyer DO NOT call if your a dealer as i'm not looking to sell you the car You may contact me directly at 954-650-1466 - Bryan