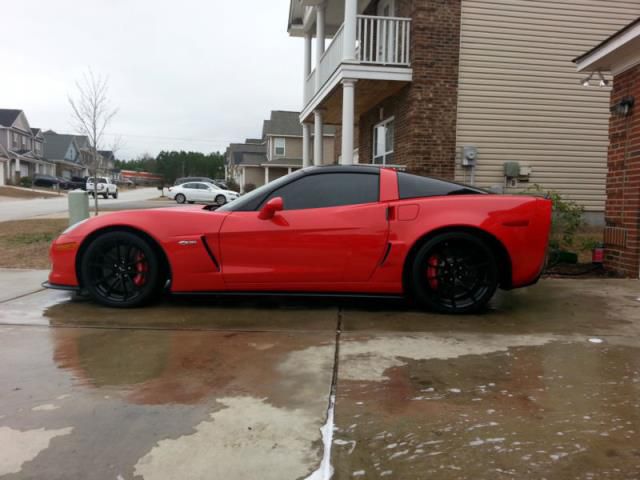 This car is a stock 2012 Z06 (3LZ) with the Z07 package. It also has the Carbon Fiber package which includes carbon fiber splitter and side skirts, carbon fiber roof, and carbon fiber hood. It also has the track package and adjustable suspension. The carbon ceramic brakes are some of the best made. It will stop on a dime, almost literally. It is about as fully loaded as you can buy. The original MSRP was over $100k. This is not just any corvette, but if you are looking at it then you probably already know that. This car is absolutely beautiful inside and out. It is a blast to drive and does not compare to anything else. Everything mechanical on the car is in excellent condition. The clutch and transmission are easily the best I have ever driven. The car is in excellent condition on the inside. The paint is in good condition. There are a few rock chips on the car, but that is to be expected with the mileage. The rear tires are new 345/25/20 Nitto Invo's. The front tires are 285/30/19 Michelin Pilot Sport Cup's. The tread on the rears is better than the front because they are newer, but both have plenty left. The car has never been tracked or raced. Garage kept. I am the second owner of the car and I bought it with 29k miles. The current mileage is a result of several 500+ mile trips to Alabama. I did not buy the car to let it sit in the garage. The driver side seat belt tensioner was replaced under warranty. The oil has been changed 3 times since I have owned it. Other than that, I have just washed it and cleaned the interior regularly. I am selling it because that is what I do. I buy a car and drive it for a little while then sell it and move on to something else. I think I am trying to own every sports car there is and I am well on my way!