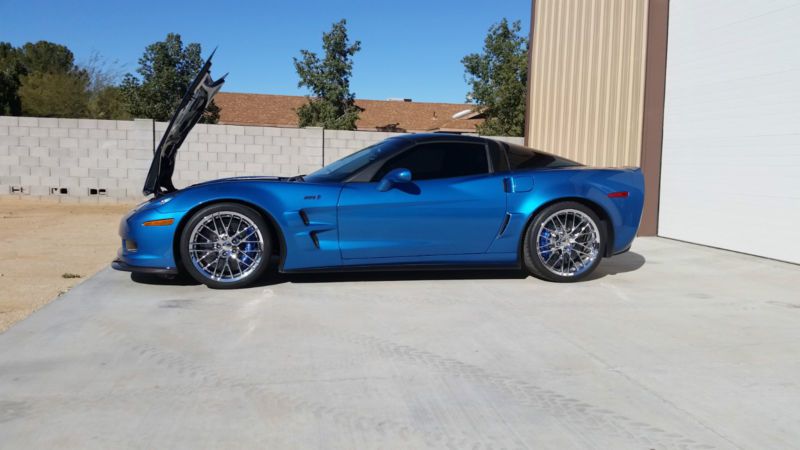 Just email me at: kirbykwwinnicki@ukstars.com .

For Sale is 2010 Chevrolet Corvette ZR1 3ZR with black on black interior and highly sought after Jetstream Blue
Exterior paint with Chrome Rims.
Car is in showroom new condition and is all original, still has original tires. (smells like new car still inside)
This is a 3ZR model so has every option you could get, comes with window sticker, build sheet, and custom ZR1 logo
Car cover.
Buyer will not be disappointed with this car, took me a long time to find this exact color combo with super low
miles.
It has only 3,290 original miles on it. I am 2nd owner of car, original owner put 2,015 miles on it when i
purchased it in 2015. I have only put 1,275 miles on it myself in 2 years.
You will have a hard time finding a lower mile Jetstream Blue ZR1.
Car has clear title and never any accidents, 100% clean Car Fax. Car does have small loan left on it with Capitol
One from when i purchased it so will have to be paid off once car is sold to new owner.