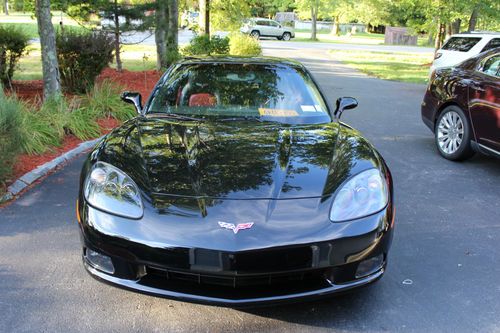 I am the original owner of this 2008 black Chevrolet Corvette with black and red interior.  It includes the 3LT Equipment Group with the Z51 performance package (better suspension, cross drilled rotors, gear ratios), Polished Chrome Wheels, Dual Mode Exhaust .  2008 was a great year for the Corvette.  They bumped the horsepower to 430 (+6 for the dual mode exhaust) and improved both the shift linkage and steering rack for better feel.  The car is in excellent condition and needs nothing.  I have the original window sticker and all information.  This Corvette has been adult driven and garaged never seen rain or snow.  Please let me know if you would like additional pictures or information.have original window sticker car listed for 59980.00