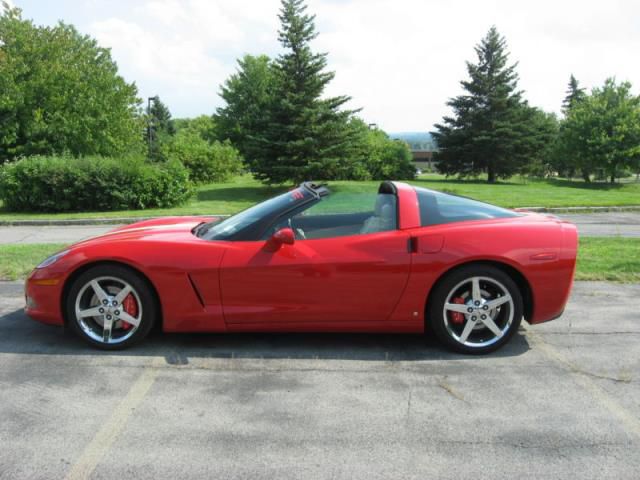 Here we have a perfectly maintained Corvette! Perfect color combination of Victory Red and Lt. Cashmere Leather interior. It is loaded with options including Heads-Up Display, Keyless-Go, Bose Premium Sound System, Glass removable roof, and Paddle Shifters. The car has only 12,500 miles and it shows!! Condition is excellent!! Seats are always covered when in use. This Corvette runs and sounds great! LS3 430 HP engine makes it super responsive and fun to drive. Installed is a Corsa Exhaust System with an X Tube which shows and sounds the power when you get into the throttle a little bit, but is on the quite side (like stock) when your off the gas or going 65 down the roadway. Perfect!!! Also installed a K&N Cold Air Intake System. Original air intake and exhaust shall be provided. The interior is in excellent condition. Never smoked-in, the leather upholstery looks great. All accessories work perfectly. There is no evidence of any previous paint work or body damage. The red paint looks super all around and is definitely an eye-catcher. The chrome wheels are also in excellent condition with only one scuff mark. This Corvette doesn't need a thing and is ready for fun cruising! The white stripe was added recently and can easily be removed without causing any damage.