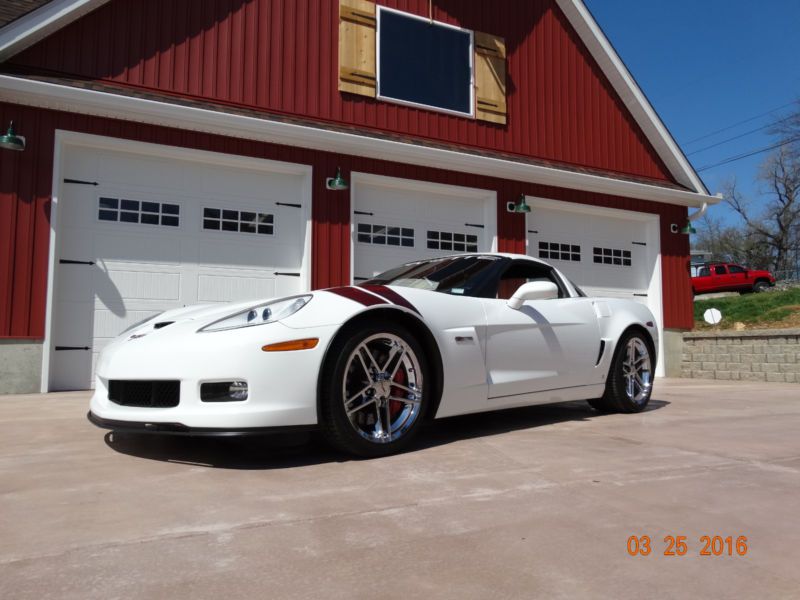 Please message me with questions at: shanitaappiah@juno.com .

This special corvette z06 is the first signed special edition in corvettes 54 year history,and is the first arctic white z06 ever offered.This signed Ron Fellows z06 is car #60.This car comes with all the original paperwork including window sticker and bill of sale.The car is protected with 3m clear bra since new and shows no chips or scratches.Car is babied in a climate controlled garage and is kept in like new condition.You will not find a more well kept corvette than this one