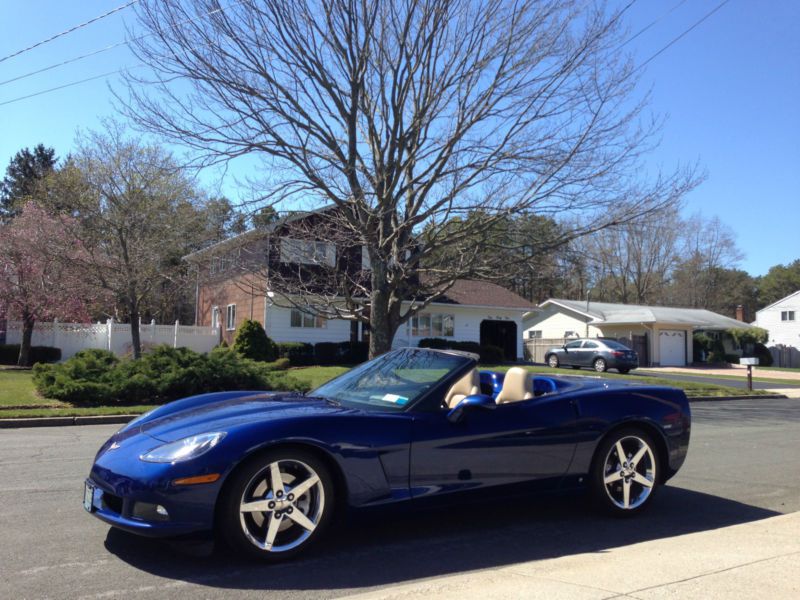 Send me an email at: ouidamantilia@netzero.net .

2006 Chevy corvette convertible
3LT pkg
Factory touch screen Navigation , heated seats etc......
Only 28k miles
Heads up display
Automatic with paddle shifters
Beautiful !!!!!
Best color combo .. Classy and sporty ....
100% perfect carfax
Special exhaust that's quiet when you want and with a click of a button it opens up and sounds amazing !!!!!
Chrome rims with run flat tires
I'm selling my 06 Vette .. Beautiful condition with very low miles , you probably think I'm crazy for selling it
right when the weather is getting nice but buying a brand new one so she's got to go. Always garaged and babied ,
this is my baby so never driven in any bad weather .
Car is beautiful condition / will not find a better deal
Please email any questions .....no games please!!!