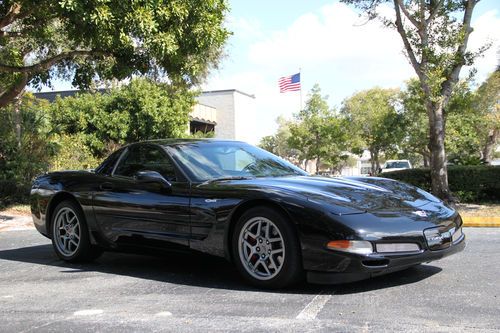 My 2003 Z06 Corvette is a great car. There is absolutely nothing wrong with it. No leaks anywhere, no squeaks or rattles, and the paint really shines as you can see in the pictures. There are no rips or tears on the seats. This mint Corvette is a fun car to drive and you will not be disappointed. The car had very minor damage to the front bumper when it rolled into a parking post. The bumper was expertly repaired and shows no marks and there was no damage to anything else. This will be on Auto Check.

I am the second owner of the car even though it shows 5. The original owner and his son leased it, then the dad bought out the lease. That's 2 title transfers. He passed away and the title was put into the family trust (3) and bought by the son (4). I bought it from him (5).