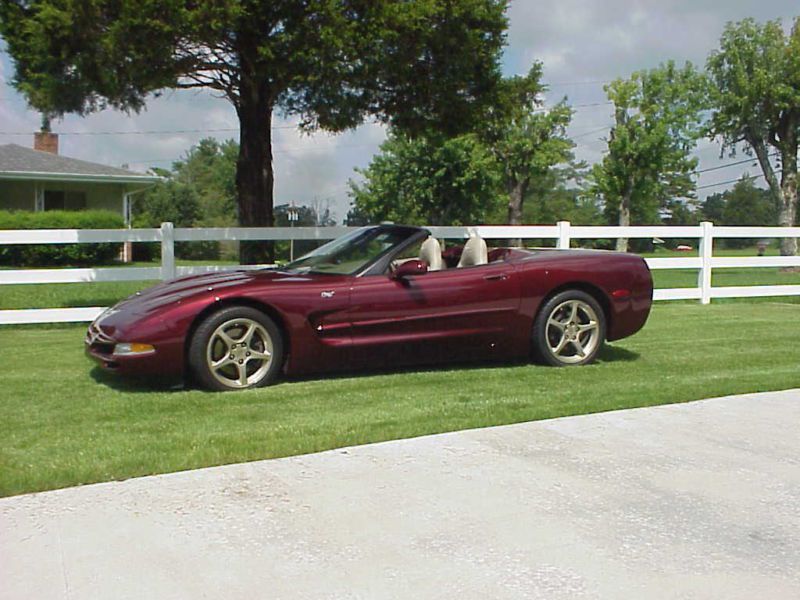 For sale is my 2003 Corvette that was purchased in October 2002. I bought the car new, so it is a one owner car. I
am selling it because I need to reduce the number of vehicles I own. The car has only 3081 miles on it, and has
been garage kept and covered. My wife showed the car and the majority of the miles were trips to car shows,
cruise-ins and Corvette Club meetings. In the photos you will find copies of the window sticker and I also have the
VHS tape and DVD that came with the car.
This car is like new, inside and outside. Not a spot or scratch on it. So I am not putting a lot of photos in the
listing, but if you want to see more pictures of anything, let me know and I will try to oblidge you.
This car was never smoked in.