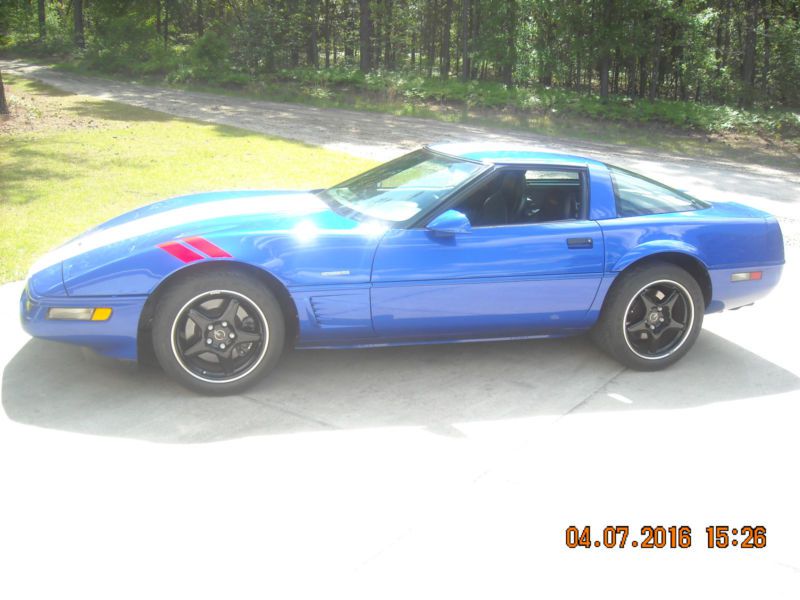 I am always available by mail at: rossanarddixson@ukpub.net .

1996 Corvette Grand Sport. You already know what they are. LT-4 with a 6 speed. Last year C-4 production. I have
all manuals, video tape that came with it, Window Sticker... Even pics of it on the showroom floor and on a
rollback going home. It has the Z-51 Suspension . Clean as you will ever see and I have not registered it since
purchase years ago. Been in a couple of parades and just a couple of times to car shows ( enclosed trailer )
National Corvette Museum wanted me to loan this Corvette to them in 2010. No disappointments at all. Totally
original clear down to the tires. Battery is only thing changed. Paint on this Corvette is still as nice as the day
it was painted. Lenses are 100% with no heat damage.