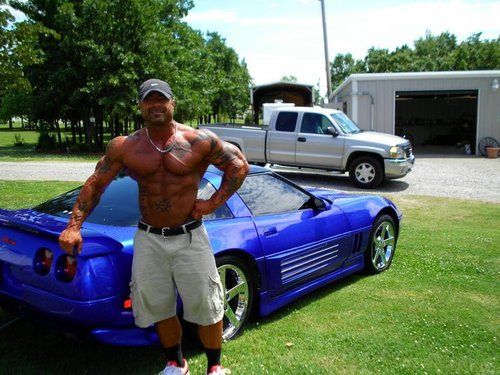 i have a 1985 greenwood hard top convetible vette.i bought here in florida in 2005 since i bought it , i have made the stockmotor faster from stock 260 hp to roughly 350hp,  small cam. i had the color changed to a house of colors paint called burple. new hard top new windshield, new 18 inch zr1 rims with 285 tires,new drilled and slotted rotors, new y pipe and stock mufflers i also have new kbg mufflers for it ,just had new ribbons put in doors for windows ,new carpet, cold air induction system ,new throttle body , new plug wires,2 new batteries, i had a 2000 watt sound system installed with 7.5 inch t.v screen in dash with ipod connector.new  center counsil  door, new digital speedometer ,and tinted windows, all new weather stripping throughout the car. now it still needs 2 new door panels, new speedometer front plate new center council cover that goes over shifter there cheap. it has a new shifter boot on it now.the paint job i paid $4,500.00 , $2600.00 for the engine upgrade., now on the outside it has the testerosa ground effects package, also the hood is an after market hood very nice. and the rear is a zr1 look square lights vs the round stock . this car is not perfect by any means but wen i take it out people break there necks to look at it lol, its been in storage more than on the road these last few years so ive decided to sell it to free up space in the garage .the wheels have about 500 miles on them and probably less it needs someone to finish the interier and change the plugs and just give it some attention and you will have a bad ass car. good luck if you have any questions please send me message or call me i dont care, #813 777 9515 my name is teddy thank you