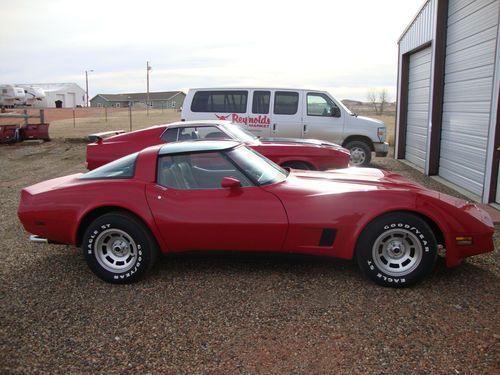 I am listing this car for my father, he has decided to sell it as he just doesn't have the time to drive it anymore.  The car was purchased in Arizona in 2002 and it is very clean inside and out, and underneath as well.  The car appears to have been repainted sometime before he bought it. The paint is in good condition as you can see in the pictures. There are some rock chips on the front of the car, and the right rear corner of the bumper cover has slight damage to the paint which can also be seen in the pictures.  The interior is in excellent condition with very little wear and appears to be all original except for the Pioneer stereo and CD changer that have been installed. The car runs and drives quite well overall, it recently had  the oil changed, new plugs, wires, cap, rotor, air and fuel filters. The car has two small mechanical issues- the brake pedal is a little soft, it seems like it needs a brake flush or at least the brakes bled. Also, the car does seem to shift into gear a little bit harshly but not too bad. Both of these issues are very minor and would not stop you from driving the car at all. The only modifications that have been made to the car aside from the stereo is true dual exhaust from the factory manifolds back, with a set of Monza dual tip mufflers. I find the sound to fit the car perfectly, a nice deep tone but not overly loud or obnoxious.  Overall this car is a great driver that has a lot of potential to make it into a show winning car, drop in a crate motor and take it to the track, or maybe something in between. If your looking for a clean, stock later model C3 this is the car for you. Feel free to contact me with any questions and thank you for looking.