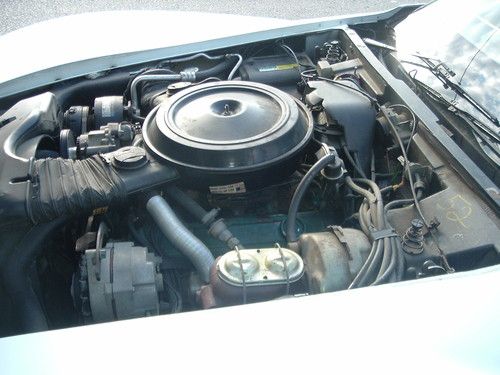 FOR SALE  is my 1980 corvette.  nice clean car with 61k miles. 350 automatic-tilt telescopic-ac-ps-pb-t-top with optional t-top holder.  runs and drives nice with almost new tires. paint is nice but has some light spider cracking.very presentable. interior is very nice and clean with aftermarket stereo system professionally installed. there are no rips or cracks in the interior that i can see.  everything works except the ac[ might just need charged?]for more info or pictures please feel free to call or email me 515-570-5646.  500.00 non-refundable deposit required within 48 hours of auction end thru pay-pal or other means. thanks and good luck bidding