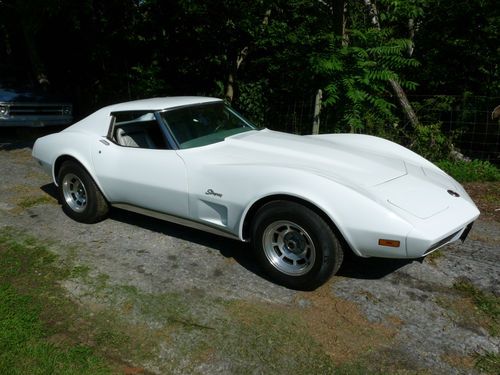 VERY NICE 1974 CORVETTE STINGRAY WITH T-TOPS.  OLDER RESTORATION WITH VERY NICE PAINT.  INTERIOR COLOR WAS CHANGED TO SILVER BY PREVIOUS OWNER. IT HAS BEEN SITTING IN A GARAGE FOR CLOSE TO 10 YEARS.   ENGINE RUNS VERY STRONG.  RESERVE IS BELOW MOST OF THE OTHER VETTES IN SIMILAR CONDITION!