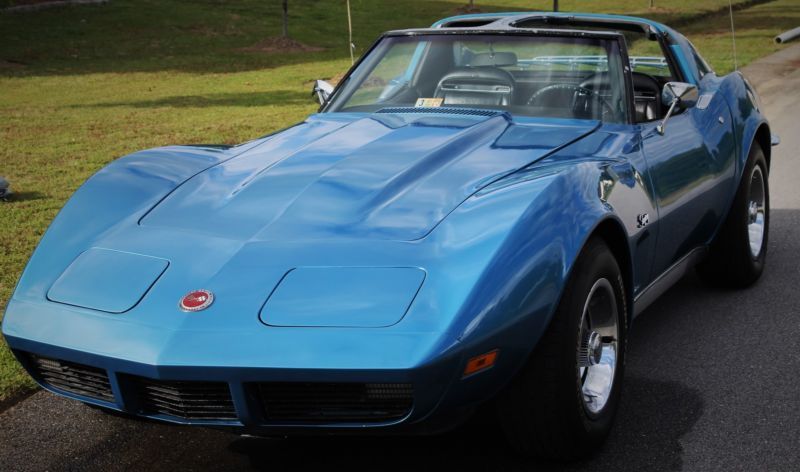 1973 Chevrolet Corvette Stingray
Matching Numbers, 350 CID, 270 ft/lbs of Torque, 4-Speed Manual Transmission
Blue Exterior Paint with Black Interior, Rally Wheels
Power Steering, Power Windows, Air Conditioning, T-Tops
Beautiful Interior and Exterior. The vehicle shows 52953 miles on the odometer. Garaged since I bought it in
2006. The chrome and interior are original to the best of my knowledge, and as expected there is some minor
pitting in the chrome. It looks even better face to face than it does in these pictures.