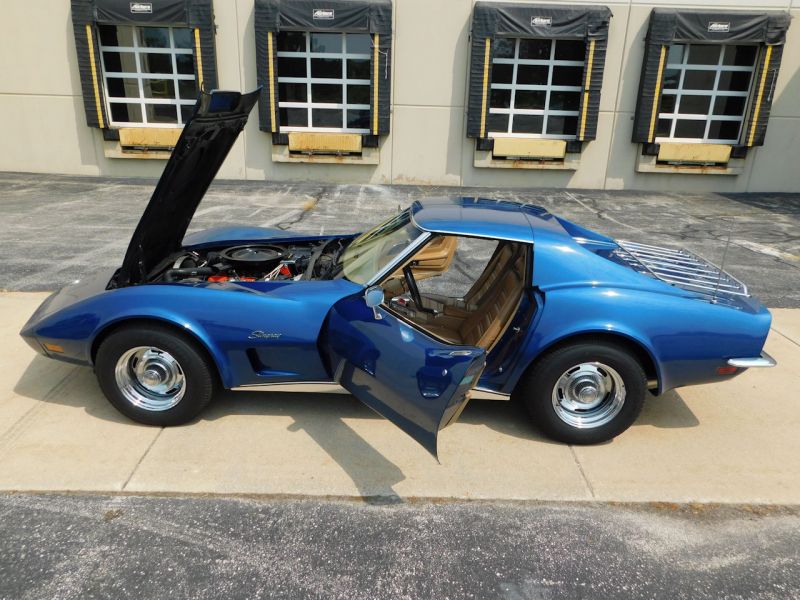 Any questions at : chlornisphahun1988@gmx.net Beautiful 1973 Chevrolet Corvette. Under the hood of this classic Corvette is a 454 big block V8 that is believed to be original to the car! Paired to that is a 4-speed manual transmission making for the ultimate driving experience. Our back is a 3.36 posi-traction rear axle to give a spirited drive. Turn the key and once that big block fires your heart will start racing! A sparkly coat of Metallic Blue sits all over this 'Vette and pops in the sunlight. A tan interior contracts superbly with the exterior and is a color combination not often seen. One look at this beauty and you will find yourself drooling over the quality of this Corvette. Options include: Air-Conditioning, AM/FM/Cassette, Spare Tire, T-Tops, Hub Caps, Power Brakes, Jack, Power windows, Tilt/Telescopic Steering Wheel, Seat Belts, Vinyl Interior, Radial Tires on Rally Wheels, and Posi Traction Rear Axle. For more information, please contact me on mail!