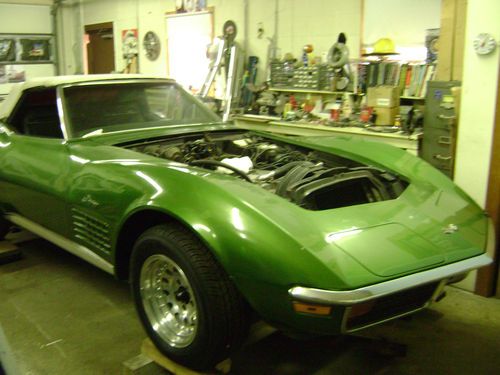 NO PAYPAL!!! CASH AND/OR CERTIFIED CHECK.

1/3 OF WINNING BID AS A DEPOSIT TO BE SENT WITHIN 3 DAYS AFTER CLOSE OF AUCTION. REST OF MONEY TO BE PAID TO SELLER UPON PICK-UP OR DELIVERY.

SELLER IS WILLING TO NEGOTIATE DELVERY OPTIONS WITH THE WINNING BIDDER.

I am presently finishing the steering column, detailing the headers, and buttoning up the engine. Will be back together by this weekend. Hood and interior are both in good shape.

Will send detailed pictures, if requested, and answer any and all questions starting Sunday. Thanks