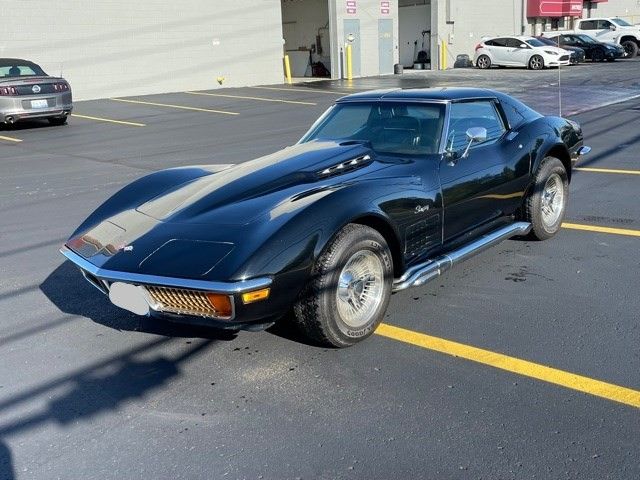 Message me at : amwercyabei1981@gmx.net This 1972 Chevrolet Corvette is powered by a 454ci V8 paired with a 4-speed manual transmission. . Equipment includes side pipes, an aftermarket hood, leather seats, and a radio. The Corvette's odometer shows 85K miles and the car includes a clear title i.The Corvette features brightwork on the front and rear bumpers, side pipes, grille surround, and the side mirror on the driver side. It also displays a number of emblems, including Stingray scripts on the front fenders, Corvette emblem on the rear, and the iconic Corvette crossed flags between the headlights.