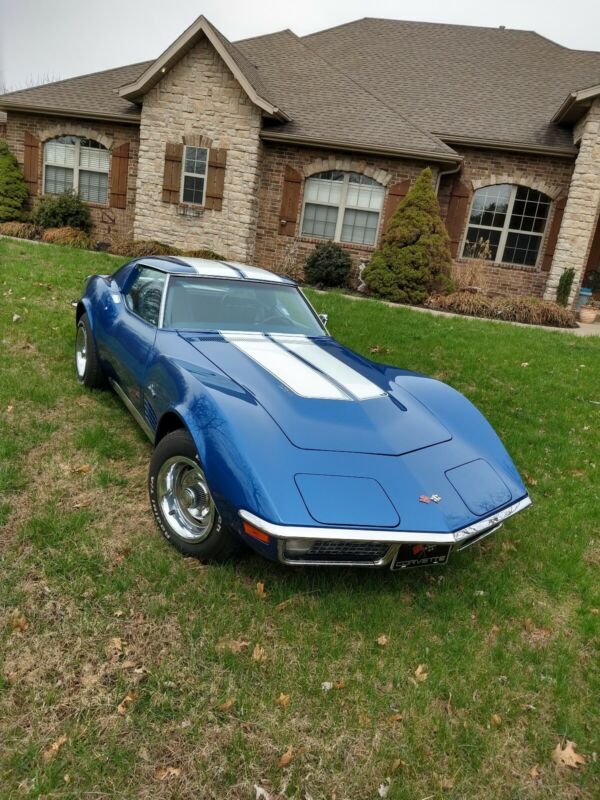 This is a 1971 Corvette LT1 it is one of 14 coupes in bridgehampton blue it is a 4-speed it has had a frame on
restoration about 10 years ago in California at that time the white SS stripes were painted on, looks pretty Sharp
may not be the right fit for a complete purist.
the paint is very very nice the interior is very very nice with none of the color or Chrome worn off of any of the
control lettering, shifts runs and drives nice