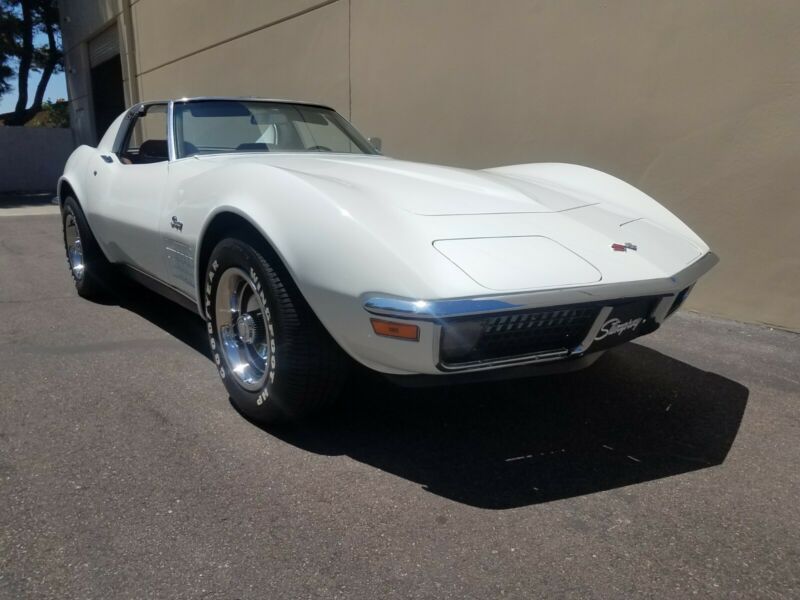 Here is a gorgeous "Classic White" 1971 Corvette with T-tops. This beauty has been restored and has a next to
perfect paint (no scratches or nicks) with a modern 2 stage paint system. This car was the 8,636th of the Corvettes
produced at the St Louis plant in 1971. The saddle interior (custom saddle deluxe) ordered with upgraded leather
seats, deluxe carpets and wood accents is beautiful as well and has no rips, tear or wrinkles and looks factory
fresh.

This car has been perfectly maintained and runs strong. Always stored inside, this gem also has power steering so
she is a joy to cruise in. Need to get to a car show and show up with something that no-one else has, than this is
the car for you! It also was ordered with A/C (only about ½ of the corvettes had it in 1971) which is so important
in the summer months that are just kicking off. Recent investments include a brand new flowmaster exhaust system,
Pertronix ignition system and a modern stereo.