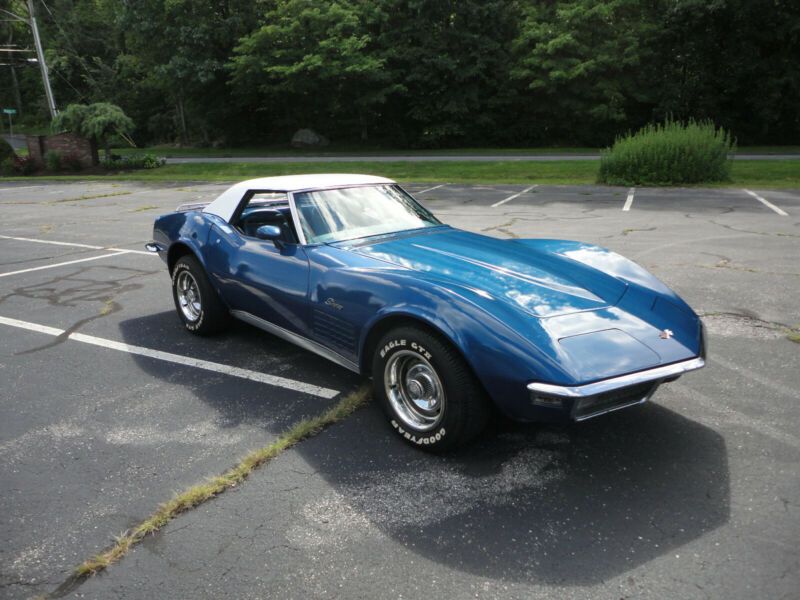 Chevrolet Corvette.
1970 Chevy Corvette Convertible 350/350hp 4spd. ps,pb,pw.ac. hard top. All #'s matching.Low miles ,only 23,580. In
dry storage for many years. Runs and drives very well. All original interior that is in nice shape. One repaint in early 90's. Look at photos and judge for your self.